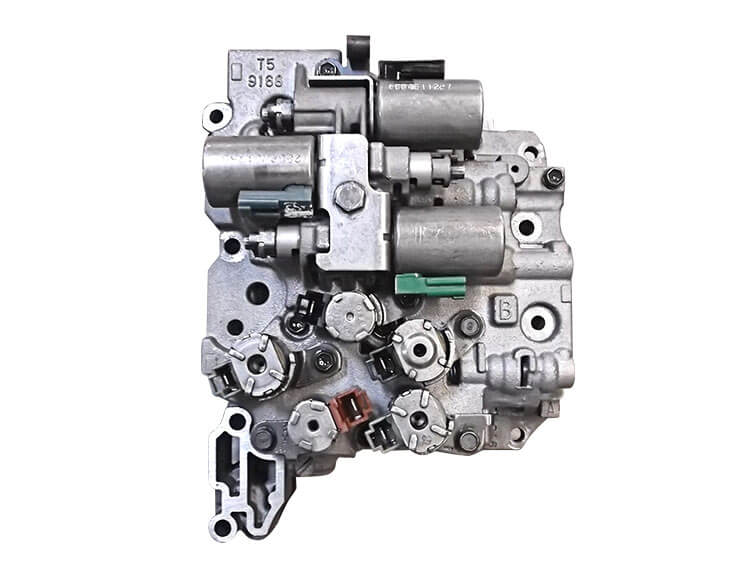 Look for a letter cast into the valve body to the right of the S4 solenoid hold-down bolt. 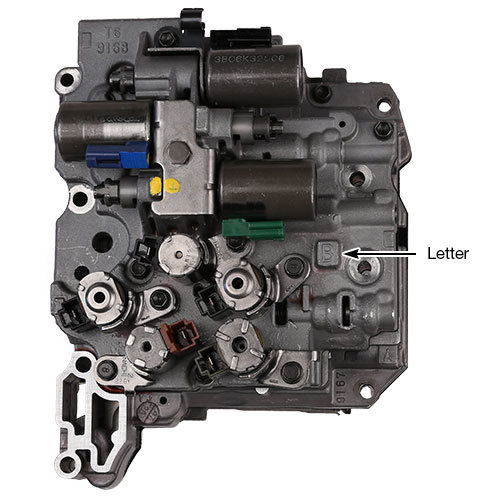 Remove the two-bolt end plate as shown here and check under the B5 control valve to see if there is a spring.