The 6T40 was introduced in 2008 for General Motors front wheel drive cars in the Chevrolet Malibu and has gone through several changes throughout the three different generations, specifically in the pump area. The 6T40 is closely related to the more lightweight 6T30 and the heavier duty 6T45 and 6T50. Generation one started phasing out during the 2012 model year. The generation two pump had a slightly different pressure regulator valve, but overall the first two 6T40 generations had the same pump layout.

The third generation of the 6T40 was introduced in 2015 with a pump that was completely redesigned for the goal of improving fuel economy. A remote axis pump setup was implemented to reduce the efforts required on the engine to turn the pump, as previous generations were chain-driven by the converter. The new generation utilizes a variable vane-type pump that lowers power consumption during periods of lower flow demand and at higher engine speeds.

One of the most unique features of the latest pump design is the lube-on-demand valve (Figure 1).

Under 87 psi the valve stays closed and lube flow travels through an orifice in the separator plate. Above 87 psi the valve opens and lube flow travels through two orifices, allowing the delivery of double the cooler flow in TCC apply in higher line pressure conditions (Figure 2). These unique features were all implemented in the interest of fuel conservation by minimizing the demand on the pump.

The lube-on-demand is a very active valve, and castings pulled from used examples show that the bore is extremely prone to wear as it is visibly side-loaded. Some examples found in the real world have pulled 0 in-Hg vacuum when tested. Wear in this bore will cause the converter feed pressure to be directed straight to exhaust. This can cause converter apply issues, lube/cooler flow issues that can result in overheating and reduced line pressure.

What can you do?

Since wear in this bore is inevitable, whenever there is a drivability issue related to converter apply, low line pressure, lube/cooler flow issue or during a general rebuild, the lube-on-demand valve should be vacuum tested to check if the wear is excessive (Figure 3).

If it is excessive, Sonnax offers a unique, drop-in solution that maintains the integrity of the OE design of double-flow at increased pressure, while mitigating any existing bore wear and preventing future pump casting degradation. Lube-on-demand valve kit 144510-19K reroutes fluid to a sleeved limit valve for proper cooler/lube flow and includes an O-ring to seal the path that previously allowed valuable converter feed pressure to exhaust (Figure 4). 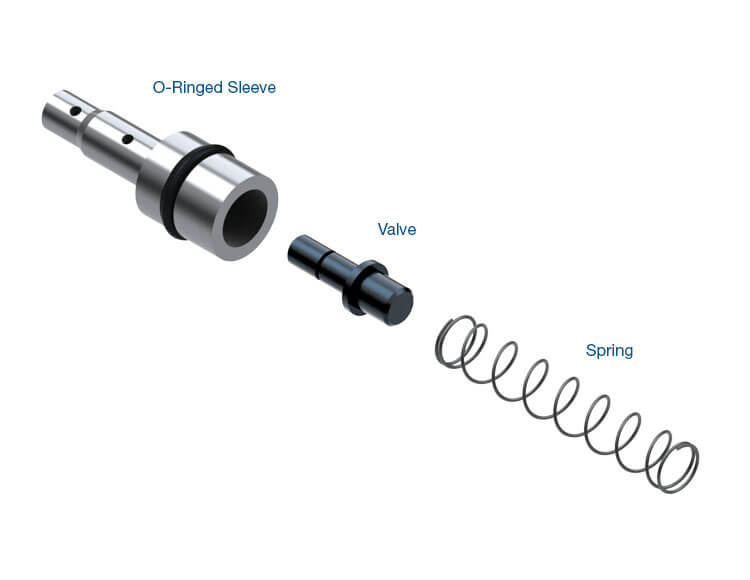