There's a rebuilding fear factor in this setup because the rivet at the cover end of the strap passes through the cover and is very susceptible to leak if disturbed (Figure 2).

One way to lessen the chances of a leak in this area is to avoid disturbing this rivet during the rebuild process. It is possible to rebuild the lockup clutch for this converter by only removing the rivets at the piston end of the straps.

Once the rivet head has been removed and the piston is properly supported, the remaining part of the rivet can easily be driven out with a punch. A tool for supporting the piston can be made from a 6" long piece of .120" thick by ½" wide steel flat stock. Machine a slot in the end of the flat stock the width of the rivet head (.250"). Continuing the slot another .250", the .060" to .065" depth of the rivet head will allow you to use the same tool to reinstall the replacement rivet (Figure 4).

You will need to narrow and radius the sides of the tool so it will fit in between the cover I.D. and the piston O.D. while they are in the assembled position (Figure 5). Sketch or scribe the inside and outside radius onto the tool to establish a profile for cutting or grinding.

After all four rivets have been removed, rotate the piston ¼" clockwise and lift it out of the cover. The clutch will look like a typical 245mm clutch, but will have woven carbon friction material on both sides (Figure 6).

Measure the thickness of the OE piston, because like other captive clutches there is limited TCC piston travel. 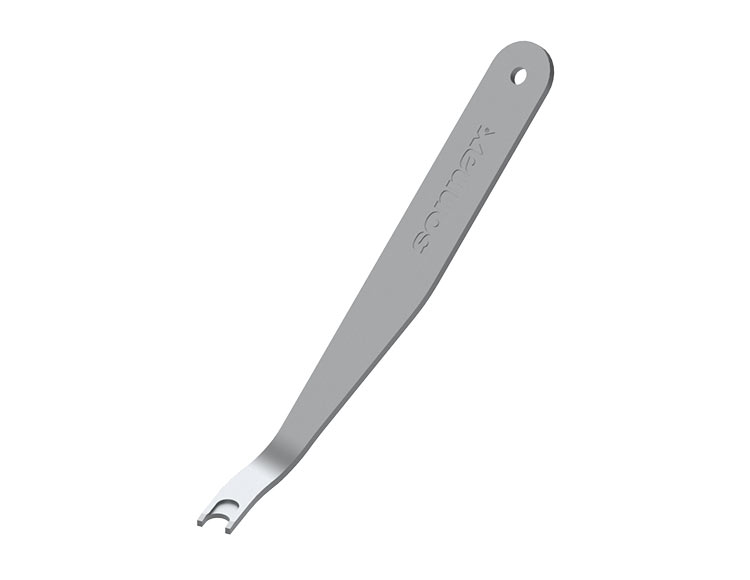