Missed It by "That Much"

Do you remember the old show Get Smart, with Agent 86 (aka Maxwell Smart)? One of his more famous lines was “Missed it by that much!,” typically stated when he had missed something by a considerable bit. Sometimes it can be like that with valve bodies, when details are important, but easily overlooked. Unfortunately, the consequences in the shop of missing some details don’t result in canned laughter, but a potential comeback.

Recent examination of early and late RE5R05A 1st through 4th design valve bodies as well as an RE7R01A highlight how small variations in critical valve dimensions can impact functionality. In these valve bodies, the TCC control valve is stroked by the TCC solenoid (Figure 1).

Looking at this small plunger valve assembly in the noted Jatco/Nissan valve bodies, it might be easy to assume they are all the same. In fact, the plunger valves vary in diameter, which has a significant impact on TCC apply pressure between the different applications. Figure 2 shows what the pressures should be for each design, assuming a 65 psi pilot valve feed pressure to the TCC solenoid. With the RE7R01A being similar in size to the later RE5R05As, it stands to reason that the pressures would be similar as well.

The Perils of Mismatched Plungers

What would happen if we mistakenly place a late-design RE5R05A plunger valve assembly in an early valve body (or vice versa)? What about if we put an early RE5R05A plunger in an RE7R01A valve body? Figure 3 shows the TCC apply pressures that would result: between a 26 and 34 psi swing for each application!

The consequences of a mismatched plunger assembly are detrimental to converter function, but the problems vary depending on valve body design.

While in Drive, the TCC in early RE5R05A truck or sedan applications goes to full lock-up in 5th gear and is allowed slip lockup in 4th
and 5th gears. So reducing TCC apply pressure by incorrect assembly in early RE5R05As could result in unintentional slipping, lack of
complete lockup and a burnt converter clutch leading to loss of fuel economy.

In the RE7R01A, the converter clutch is designed to slip lockup in 2nd through 7th gear, with full lockup in 7th gear, so increased TCC apply pressure also would cause harsh converter apply and a lack of power. Other complaints may be related to a lack of engine performance, as the TCC would be applied more than it should be during TCC slip mode, especially in 2nd through 4th gears.

Although the late RE5R05A and RE7R01A TCC control plunger valve diameters only differ by .016", it’s best not to inadvertently mix those assemblies. Figure 4 shows the results of swapping these sizes. While not as startling in overall pressure variance from the OE, the percentage of pressure difference is significant enough to raise a cautionary flag.

So don’t “miss it by that much!" When replacing the TCC control plunger valve for wear or other reasons in these Jatco/Nissan units, pay close attention to the size of the valve. Visit www.sonnax.com for additional valve body guides that will help you identify the various RE5R05A design configurations. 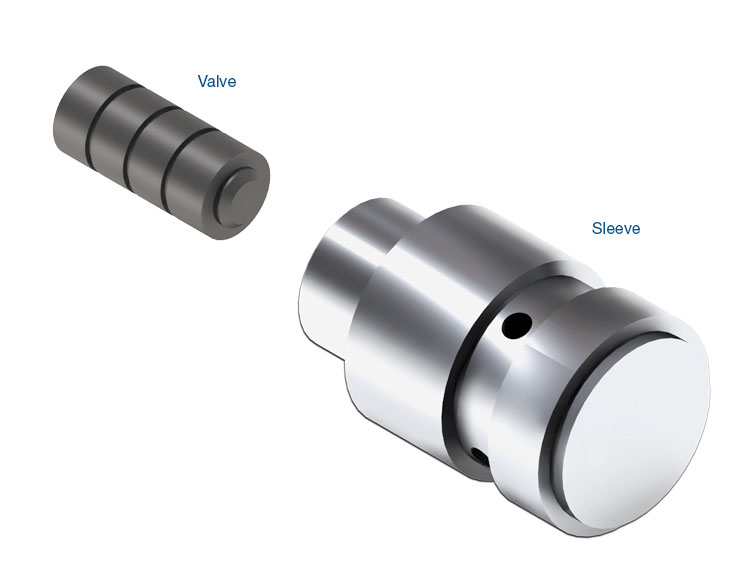