Since the 48RE was introduced in 2003, the valve body hydraulics have been a bit of a mystery. Many have wondered about what makes it different from the 46/47RE, which looks extremely similar. They’re so alike that many have tried to interchange a 46/47RE valve body with a 48RE transmission, which seems to work ok at the start, but after time on the road, the vehicle comes back with a failed torque converter clutch or Overdrive clutch. It’s really frustrating when a 48RE valve body comes into the shop so badly worn in multiple places that it needs to be completely replaced, but all that’s around are 46/47REs. We all know how hard it is to find a salvageable 48RE valve body core.

So, what are the big differences between 48RE and 46/47RE valve bodies? The answer to that is two-fold: there are variations in the pressure curve related to the pressure regulator valve and also in the torque converter clutch solenoid feed circuit.

These small and subtle changes account for a significant increase in clamping force for the torque converter clutch and the Overdrive clutch, a requirement in these heavy-duty applications, especially when towing.

The torque converter solenoid feed circuit and hydraulics for the torque converter clutch control valves on the 46/47RE also are quite different from the 48RE. Figure 5 shows the 46/47RE TCC solenoid feed coming from the 1-2 shift valve and a passage from the manual valve in the manual 2 or manual 1 position connected to the spring side of the lockup valve. Figure 6 shows how this connection cancels lockup from applying.

As shown in Figure 7, the 48RE TC solenoid feed comes from the manual valve in any Drive position. This makes it possible to have TCC apply in manual 2nd and even manual 1st. Notice that there is no connection from the manual valve M2/1 circuit to the spring side of the TCC control valve. (Note: manual 1st TCC apply would have to be initiated electronically by an external controller.)
In summary, there were some small and subtle changes made to the 48RE that make a substantial difference in the pressure curve and TCC clamping when compared to a 46/47RE valve body. 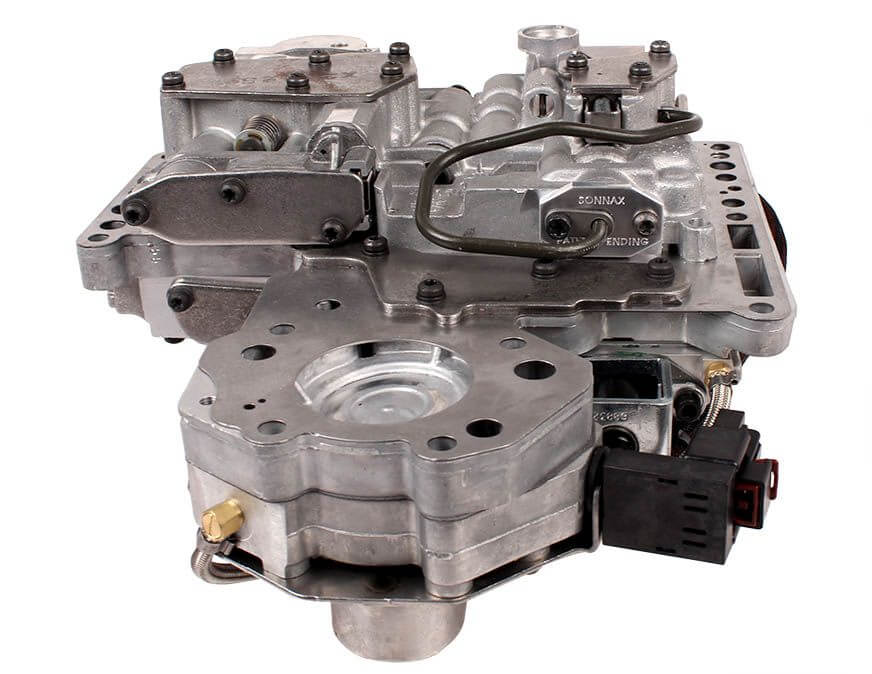