Racers and technicians are always on the lookout for stronger, lighter parts to install that will give a performance advantage or upgrade. Often, comparing competing parts can be difficult due to a lack of concrete testing evidence to consult, and limited availability of appropriate product information. This is especially true of seemingly “simple” hard parts such as flange yokes. Recent comparison testing of a Sonnax (aluminum) 1859 flange yoke versus a Spicer (steel) 1859 flange yoke provides valuable insight into some key differences between the two.

The yokes were tested at the Sonnax technical center in Vermont using a torsional test machine (Figure 1). Precise torque levels were applied and measured with a torque load transducer (Figure 2). Applied torque was incrementally increased in an attempt to find each yoke’s ultimate failing point.

Test results reveal that the Spicer flange yoke and the Sonnax flange yoke fail at identical maximum torque loads, which demonstrates that the strength-to-yield of these yokes is equal. However, though they have corresponding durability, the yokes display quite different modes of terminal failure.

When the Sonnax yoke reached the failure torque load, its aluminum construction plastically yielded, stretching the U-joint bores into ovals but holding on to the driveshaft (Figure 3).

In contrast, when the Spicer yoke failed it did so catastrophically, shattering like glass and disconnecting from the driveshaft (Figure 4).

A complete breach such as this can result in grievous damage to other vehicle components due to an unsecured driveshaft whip-sawing out of control at high speed. The exhaust system, fuel tank and lines, brake lines, transfer case and/or tail shaft can be mangled along with the driveshaft in such a situation. Track personnel and bystanders may also face a heightened risk of injury in this scenario due to broken pieces being launched outward.

In addition to this formidable advantage, the Sonnax flange yoke exhibits clear superiority in the following important areas:

While the data shows the compared parts are equal in torsional strength, it is evident that Sonnax flange yoke 1859 has considerable advantages that make it the head and shoulders victor in this showdown. 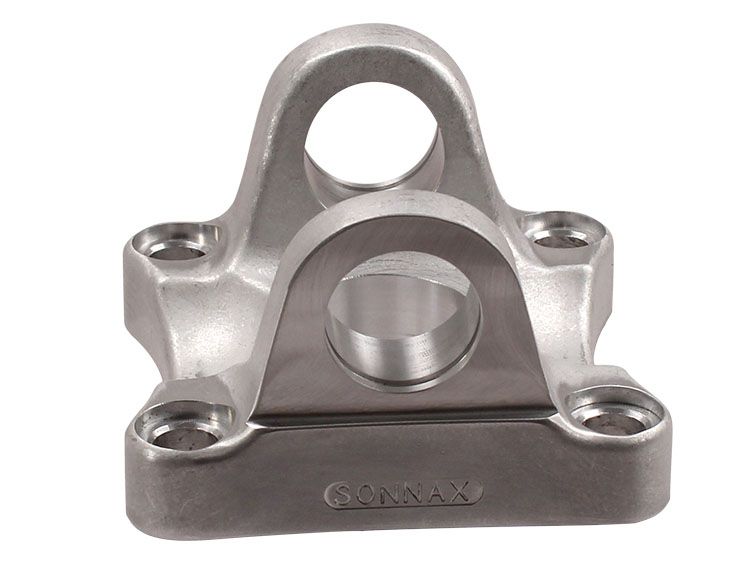 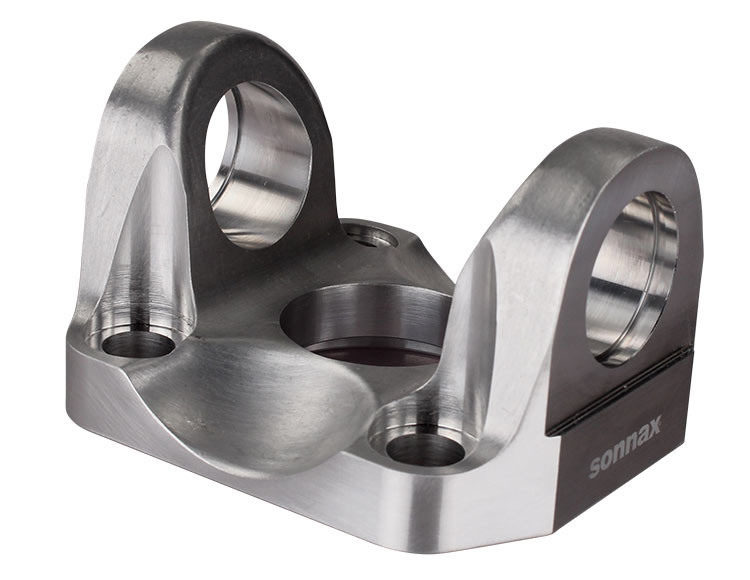 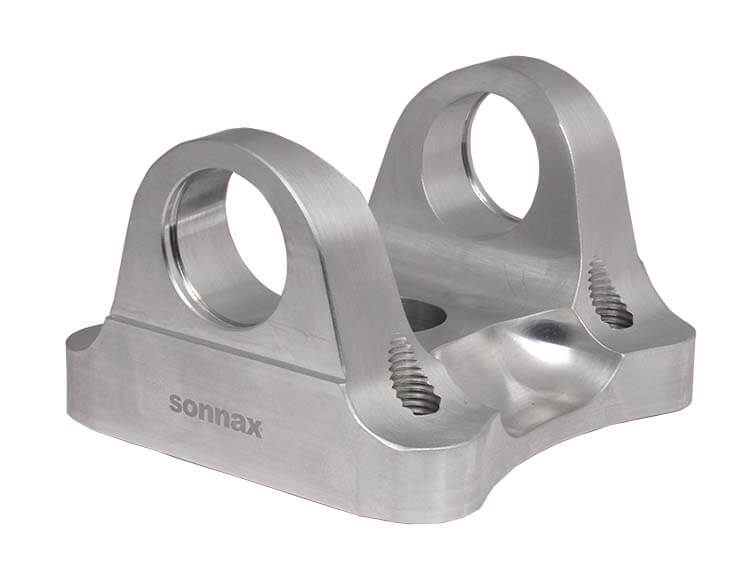 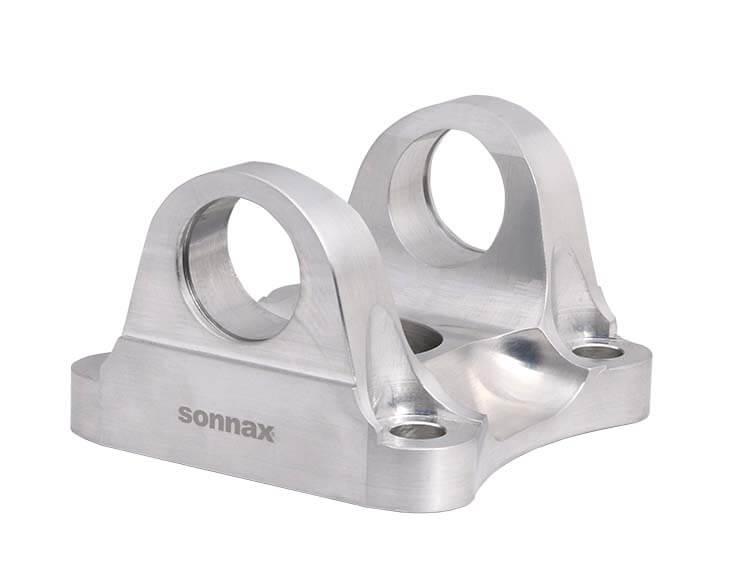