“Yaw” Won’t Believe What Was Wrong…

A few years ago, I wrote an article about thinking outside the box. Of course, in this case, the “box” is the transmission, and “outside” is ANYTHING else on the vehicle that could affect how the transmission operates (or is perceived to operate). With so many computers sharing data and the OEMs giving us little information as to how the software responds to certain problems, it can easily back us into a corner of confusion. It seems about once a year our shop gets burned chasing our tail over something that should be fairly easy to correct. Here is our latest “tail-chaser.”

The vehicle is a 2012 GMC Acadia with a 6T70 that has 85,000 miles on it. It comes to us from a dealer, and it belongs to a dealer employee’s relative. What difference does who owns it make? Bear with me, it all comes together to create a nightmare.

The customer’s complaint is slipping in Reverse. This is confirmed on a test drive; it will not back up at all. When revving it up to about 2500, it still won’t move in Reverse. Check the fluid and it is full. Running it down the road, it shifts perfectly through all gears. It has a great 3rd and 5th, so the 3-5-Reverse clutch seems OK. A quick scan turns up no codes in any of the computers. A fluid sample is taken, and it is black and metallic-looking. At this point, it is thought perhaps there is a Low-Reverse clutch problem or a failed TEHCM.

The customer chooses to let us do the overhaul. We pull the transmission and find very little we can put our fingers on as far as a definite cause, so we rebuild it with a new TEHCM along with the normal overhaul parts. Back in the vehicle it goes. We flash the new TEHCM and it works great — good Reverse and all Forward gears are fine. We released it back to the dealer, but the next day — which is three days before our shop is scheduled to close for a one-week vacation — the employee at the dealership calls and reports that the transmission has an intermittent 2-second delay in Reverse. I tell them to get it back to us right away so we can get it corrected before vacation.

Now the pressure is on! We get it back to the shop and notice when going from Park to Reverse, it doesn’t move for 2 seconds. But from Drive to Reverse, it is pretty good. It works perfectly going forward. This unit is hard to test and know what is wrong for sure, and with a time crunch, we are close to panic mode with vacation coming up. So we grab a rebuilt valve body and use our high-tech method of “Swap-tronics”: slapping it on to see if it corrects the problem. You can probably guess: it wasn’t the valve body causing the problem. With the pressure of vacation looming, we decide to just build another unit and get it gone. We build a completely different transmission, TEHCM and converter and install it, then program it and guess what? Same problem.

With our high-tech Swap-tronic method, we have determined it is not the transmission at fault. But how could that be? Maybe GM has a software issue? Not likely, but that is all we have changed. I grab a Tech 2® and scan all the vehicle computers and there are no codes. Now I’m at the point of needing tech support, so down on my knees I go. After my short word of prayer, I decide to take the vehicle out to a slight incline and put it in and out of Reverse to see how it responds. With the vehicle in Park on an incline, once I take it out of Park, it should roll backward on its own. So I pull it out of Park and quickly release the brake, but the vehicle doesn’t move! After 2 seconds there is a thud and it starts rolling backward.

After that, I put it in Park, then hit the brake, put it in Reverse and release the brake quickly. It just sits there on the steep incline and doesn’t move for 2 full seconds. I pull it back into the shop and have three technicians push on the vehicle as hard as they can — on level ground — and as soon as I take it out of Park and put it in Reverse, I lift my foot off the brake, and they can’t budge the vehicle for 2 full seconds, after which it backs right up!

Next, we put it on a lift and find out all I have to do is smash the brake while in Reverse and neither wheel will rotate for 2 full seconds. It turns out we were misdiagnosing the delayed Reverse, when really what we were feeling was a 2-second delay before the brakes would release with a quick thud. Now we know it is not a transmission problem. We sure did find that out the hard way.

I call the dealer’s employee to tell him what I had found and ask for authorization to pursue the brake malfunctioning issue further. He quickly declines and asks for the vehicle back, saying he will correct it. They pick it up and about two hours later call and said they know what the problem was. He tells me it had an ABS light on when he originally got it, with Yaw and Lateral Accelerometer sensor codes stored. He diagnosed the Yaw-rate sensor as being defective and ordered a new sensor, and in the process he erased the code. This is the point where he sent us the vehicle for the first time. He knew it needed major transmission work and figured we could correct the transmission problem while he waited for the sensor to arrive.

Keep in mind, the vehicle originally came to us with no Reverse at all. It also came to us with no ABS codes because they had been cleared. What was happening was that the vehicle was equipped with Hill Start Assist, which is a feature that is useful when the vehicle is stopped on a grade. It is designed to prevent the vehicle from rolling, either forward or rearward, during vehicle drive-off. With the Yaw sensor malfunctioning, it was causing the Brake Control Module to apply the brakes for 2 seconds every time the brakes were actuated and Reverse was selected — normal operation under abnormal sensory conditions.

This is one of those cases where everything was lined up against us. We have a dealer tech that was going over the vehicle with a magnifying glass making sure the transmission worked perfectly after we finished it. He was doing what we call “getting honed in on a problem.” I doubt if anyone else would have noticed the 2-second delay caused by the brakes not releasing. So the moral of this story is: “Yaw” better watch out for those delayed Reverse issues with Hill Start Assist.

Dan Tucker is a member of the Sonnax TASC Force (Technical Automotive Specialties Committee), a group of recognized industry technical specialists, transmission rebuilders and Sonnax Industries Inc. technicians. He is also the owner of Tucker’s Transmission. Special thanks to the team at Tucker’s Transmission (Don Williams, Kelly Harper and Tony Brown) that didn't give up on resolving this issue. 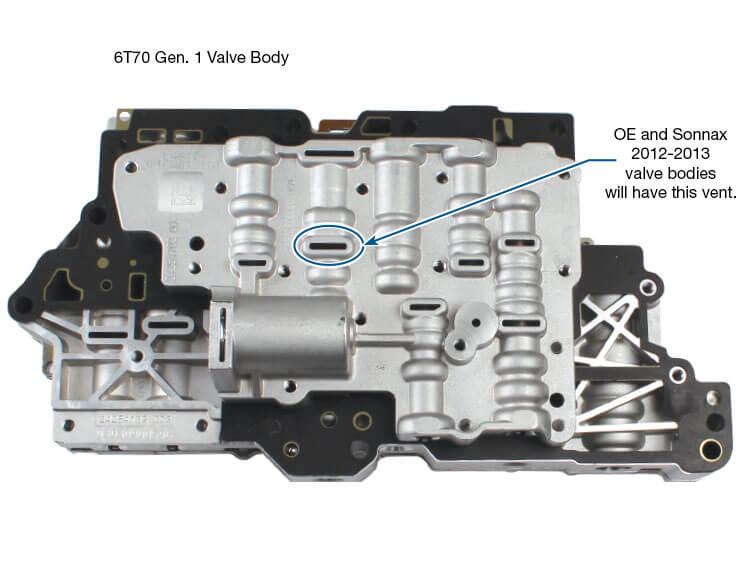 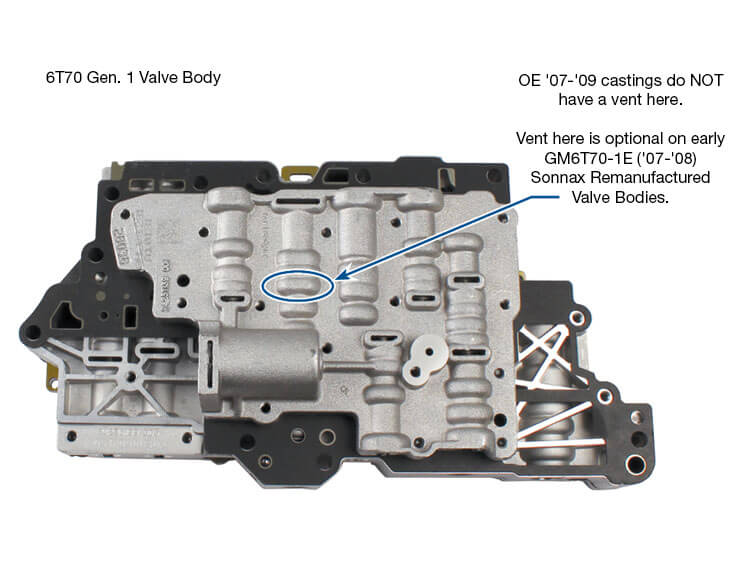