6L80, 6L90 Transmission Tech Advisory: Consider an Updated Converter in Your Next Rebuild

We all know that automatic transmission failures can have many root causes. Internal hydraulic leakage, hard part failures and contaminated/failed solenoids are all issues that can plague units, some more than others. Over time, technicians start to see the same patterns of failures in different families of units. For instance, transmission techs with any time under their belts can tell you all about 3-4 clutch failure in GM 4L60-Es, intermediate stub shaft failure in Ford 4R70Ws and solenoid issues in Aisin AW 55-50s.

GM 6L80 and 6L90 units are now starting to reach their prime age in the repair cycle, and techs across the country are starting to see a consistent pattern of transmission failures with full-size 6L80, 6L90 vehicles. So what’s the most common failure that’s seen time and again with these? Put simply, it’s the converter. While it’s true that, many times, the root cause of a converter failure lies in the transmission, in this case, there is ample evidence that the opposite is true: an inherent torque converter problem might be the root cause of a lot of the transmission failures.

A typical scene that’s now playing out in transmission shops across the country goes something like this: A late-model, full-size truck or SUV is dropped off to get the transmission checked out. The check engine light might be on, and the customer complains of a slipping sensation with intermittent clunks. Upon a test drive and a scan, code P0741 is noted and the percentage of TCC slip shows to be way out of range. Drivability concerns are confirmed, and the pan is chock full of debris. The customer approves a teardown. Upon full inspection, the unit is loaded with metal, and the pump (bell housing) is worn to the point of needing remachining or replacement. The source of the contamination, however, is not readily apparent. You know where this is going — yup, it’s the converter. While converter failures are not uncommon with other transmission families, you are thinking that this is really becoming a pattern for the 6L80, 6L90. And you are correct — the converters in these units are experiencing a high percentage of failure and are more problematic than normal. So, what's the unique problem with the 6L80, 6L90 converter found in full-size vehicles?

Before answering that question, it’s worth noting the role that Sonnax plays in the converter rebuilding business. In addition to developing innovative, quality repairs for transmissions, Sonnax is also the premier, full-line supplier of components to the torque converter remanufacturing industry. As such, Sonnax has a good view of “both sides of the pump,” so we are intimately involved with engineering solutions to both trending transmission AND converter issues.

Most full-size trucks and SUVs with a 6L80, 6L90 use a JMBX full-size (300mm) style converter. It’s a single-disc, non-captive clutch unit that is somewhat similar to late 300mm 4L60-E converters. When cutting the JMBX open, converter rebuilders report that a high percentage of units show extreme damage due to the clutch piston and front cover crashing into each other (Figure 1).

The OE cover and piston are damaged to the point of not being reusable — this is where all of the metal you find in the transmission comes from! At this point, the converter rebuilder is faced with either finding another core that he hopes will have good components or purchasing a Sonnax forged cover GM-CC-13 and forged piston GM-DA-17P. This drives up the price of the rebuilt converter, but ensures that this kind of failure won’t happen again.

So why does the JMBX converter have this chronic problem? As transmission builders know, it can be difficult to determine a root cause when you are looking at a catastrophic failure, with rotating parts crashing into each other. By the time a converter rebuilder opens up a JMBX, the damage is done, and it can be hard to see what happened first. Did the converter clutch material just wear out, thus allowing the clutch and cover to go metal-on-metal? Or did the OE stamped steel cover and piston flex and twist to the point that the clutch surface was not flat, causing a premature friction failure? What came first: the chicken or the egg?

To be honest, we aren’t 100% sure of the real reason for JMBX cover and piston failure, but we do have a theory. As we have all learned with other units, very often the root cause of a converter clutch failure stems from a failure within the electro/hydraulic controls from the transmission. That certainly holds true for the 6L80, 6L90. If there are worn valves or faulty inputs or controls, it’s easy to see how the clutch could start to shudder and quickly fail. But in the 6L80 JMBX, we started to look very closely at the converter itself to see if we could determine a root cause. In doing this, we evaluated another GM unit — the 4L60-E TMBX — to see if we could pick up any clues. Looking at the two different front covers from the OUTSIDE, they are very similar, with just a few minor differences (Figure 2).

Both covers have very similar profiles and thicknesses, and you would not expect that one would be any more prone to flex or distortion than the other. But it’s interesting to note that there is a very low cover/piston failure rate for the 4L60-E TMBX converter. The TMBX and the JMBX have similar covers and use the same woven carbon friction material, yet the JMBX fails catastrophically at a very high rate and the TMBX cover rarely fails. Why is that? To give you a sense of scope, for every single forged replacement cover that Sonnax sells for the 4L60-E TMBX, we sell many, many more for the 6L80/90 JMBX. And Sonnax doesn’t even offer a forged clutch piston for the TMBX — there just isn’t any demand for one. However, if you look beyond the outside of the front covers of TMBX and JMBX and look inside the units, the similarity quickly disappears.

A sectioned image of the 4L60-E TMBX and 6L80, 6L90 JMBX (Figure 3) shows the external profiles of the respective front covers are very similar. But look at the clutch pistons and spring dampers — they are markedly different. It’s a little tough to see, but the thickness of the pistons is also different.

For the 4L60-E TMBX, the pistons are .115" thick, and for the 6L80, 6L90 JMBX, the pistons are significantly thicker at .150". Comparing the two cross sections, you also quickly see that the orientation of the spring dampers is different. In the TMBX, the damper is on the transmission side of the clutch piston, and in the JMBX, the damper is located on the engine side of the piston. To achieve this flip-flopped damper orientation in the JMBX, the profile and shape of the piston is radically different from the TMBX.

Our theory as to why 6L80, 6L90 converters fail like they do is related to the shape and thickness of the JMBX piston. The thought is that the “bowl” shape of the TMBX is better suited towards a more even apply, and because it’s thinner, the TMBX piston has the ability to flex and better conform to the front cover. One needs to realize that the stamped covers are not all that flat to begin with. It appears that GM has put a very minor taper into the cover and possibly the piston as well. The taper may exist so that the clutch surface goes flat when the cover is welded together — we’re not sure. Remember, this is just a theory.

In any event, precise coordinate measuring (CMM scans) of a variety of JMBX covers shows that the covers are “wavy” and have undulations on the clutch surface, especially opposite of the welded cover pads. This “wavy” nature of the clutch surface is made worse with many miles of usage. The bottom line: The very thin (.020") woven carbon friction material can’t survive the way the JMBX piston applies. The thicker JMBX piston can’t conform to the cover (like it can in the 4L60-E TMBX), and at a commanded slip rate of approximately 50 RPMs in lockup, there is ultimately metal-to-metal contact that occurs between the front cover and the piston. Once there is any metal-to-metal on the TCC surface at all, it’s usually a short time before debris wipes out the clutch completely.

How do Sonnax components prevent the failure that plagues these units? It all comes down to the extra rigidity and flatness of the surfaces. As a transmission rebuilder, you know that flatness and rigidity of both apply and reaction surfaces are key to long clutch life in transmission clutch packs — it’s the exact same in the torque converter. The Sonnax forged covers and pistons are designed to be flat and will stay that way through the forces of converter welding, miles of driving and varying input torque from the engine.

It’s valuable to know that the debris you are seeing in the pans of all of those 6L80 and 6L90 units is very often from converter failure. If you are tearing down a new job and can’t find any hard part failure that would result in the amount of metal you have in the pan, it’s just about certain that the inside of the torque converter looks like the disaster area shown in Figure 1. As you build the best transmission that you can for your customer, you should consider including an updated torque converter in the repair estimate. A JMBX torque converter rebuilt with a Sonnax forged cover and piston has proven to be a successful recipe for a long-lasting unit, preventing this typical pattern failure. Knowledge is power — use it to protect your customer, your unit and yourself for miles and miles to come. 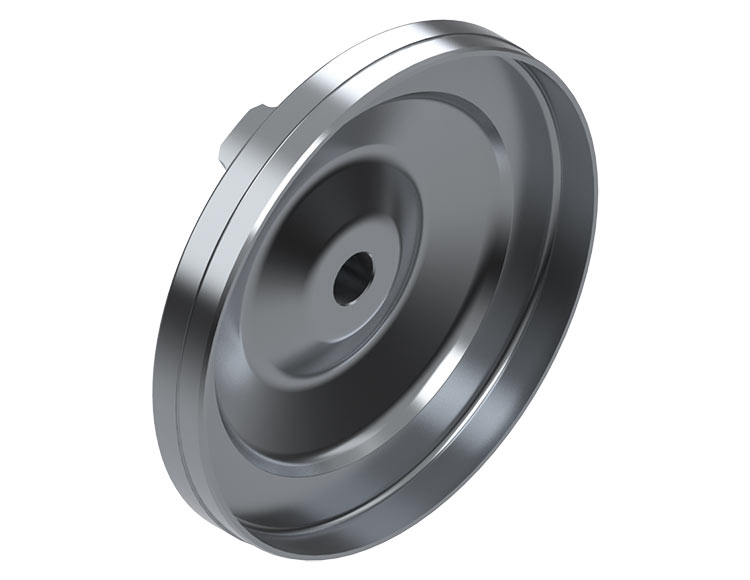 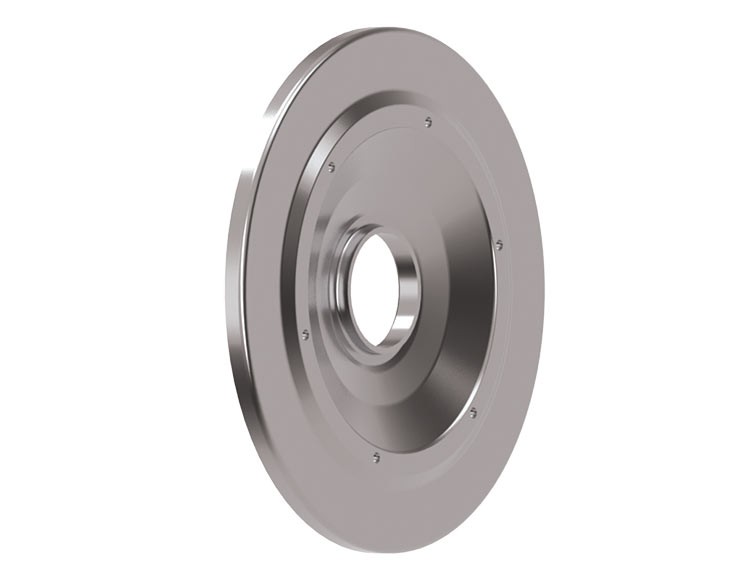