A broken or burnt-up forward band on the GM 4T65-E transmission is not an uncommon thing to see during the teardown process. Most rebuilders have seen bulletins and tech articles pointing out common failures with the EPC having intermittent problems with pressure rise causing a slip or chatter on takeoff, which is probably the biggest contributor to forward band failure.

I previously owned a ’08 Grand Prix and, when hot, the EPC would hang up and cause intermittent no-pressure-rise conditions. I would always know that if I parked the vehicle after a long drive, then got back into the vehicle after a 20-minute set and put it in Reverse to back out of a parking spot, that I needed to wait for a 1,001…1,002 count when selecting Drive for the forward band to fully engage. If I did not give it the 2-second count and stepped on the gas before it was engaged into Drive, engine RPM would race up, the forward band would shudder then slam in, almost like a Neutral drop!

What was happening here, was that the TCM was trying to raise pressure as the selector was placed in Drive, but the vehicle was in a neutral state of sorts. Once the malfunctioning EPC solenoid caught up, pressure would be almost maxed out, causing the harshness when the forward band finally engaged, causing the slam into Forward. Slamming into Drive from a neutral state a number of times like that could definitely break a band. Replacing the EPC during overhaul and verifying or repairing the pressure regulator and torque signal bores would handle this concern.

There is one other area that needs attention, though, and that is the forward servo pin length. I am sure that many rebuilders have looked at the band clearance after installing a new band and noticed that it was quite large. To help close this gap, Sonnax now offers an extended length forward band servo pin, Part No. 84571-01K, for use in both 4T60-E and 4T65-E applications. Typical servo pin stroke is approximately .400", so the Sonnax servo pin (coming in at approximately .200" longer) will cut this in half, greatly helping to take up the extra band clearance. 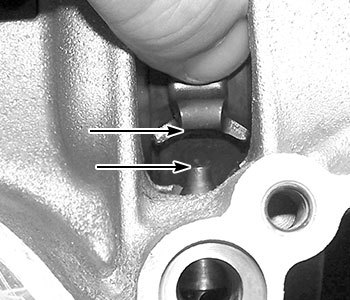 Since the bore in the case for the servo pin can wear as well, the Sonnax pin also incorporates two sealing rings to prevent leakage past the servo pin.

Addressing pressure control issues and installing the new Sonnax servo pin will help speed up the engagement into Drive, as there will be much less travel for the forward servo to fully apply the band. Focusing on these two areas will help prevent customer complaints and repeat broken or burnt-up forward band issues. 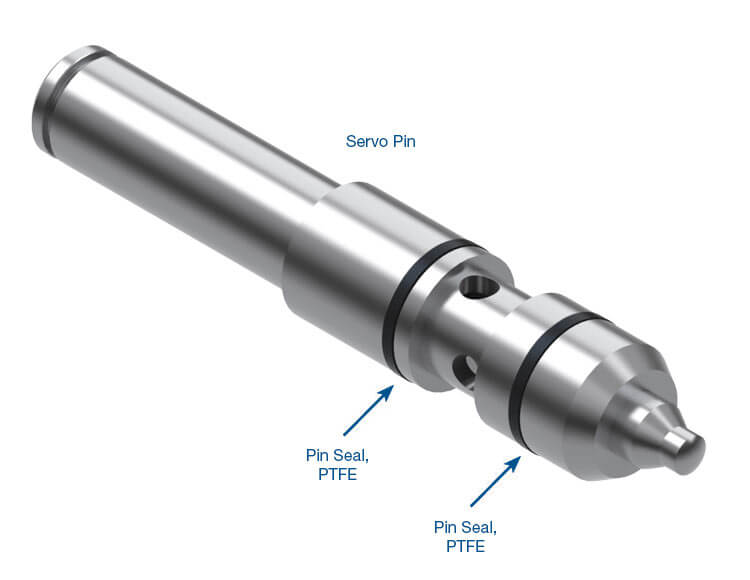