Overheated Honda converters have become a living nightmare for many transmission and torque converter shops, one that has lingered way too long because of the many misconceptions and missteps during the problem-solving process. The blame game has gone back and forth, but the torque converter rebuilders have been receiving most of the criticism.

The overheated converters have been pushing the frustration levels of many transmission rebuilders to an all-time high. Shopping around for a different torque converter rebuilder was common during this period. At one point, ATRA Technical Advisor Mike Souza said that many of his tech calls would start with the question, "Is there anyone out there that can build a good Honda converter?" The reality is that if the proper converter friction material for the clutch apply strategy was being used (such as BorgWarner HTS for models with a modulated TCC), the clutch release clearance was adjusted properly (.035" is correct for most models) and the TCC circuit seals were doing their job, there was not much more that the torque converter rebuilder could do. The painful truth is that the torque converter rebuilder could supply a great converter and still have an overheating issue. The fact that at least half of the overheated Honda converters in any given core pile are OE converters is further proof that the problem was not being caused by rebuilt converters.

The appearance of the converters after a failure, and the fact that most failures ended with a P0740 code, led to the misconception that the failures were caused by heat. Consequently, a lot of time was wasted focusing on the inside of the converter instead of working to increase the volume of oil flowing through the converter.

Why Was the Converter Overheating?

Many transmission shops helped to find the root cause of the overheating issue, but ATEX Transmissions in Port Richey, Fla., stands out for their effort. The shop manager, Sean St. John, logged hundreds of road test miles with vehicles equipped with flow monitoring devices to record cooler flow and strategically placed pyrometers to record temperatures. Sean was the first person to recognize that after warm up, when the vehicle would come to a stop, the cooler flow would drop to zero. The flow would resume when the idle was raised above 1200 RPM. Most importantly, he noticed that the temperature of the oil exiting the converter would increase dramatically when the cooler flow dropped to a certain level. Sean's observations lead to the conclusion that the heat in the converter was caused by the clutch dragging on the cover during periods of low TCC charge (release) oil flow and not as a result of slipping during TCC apply, as previously thought. But why was the low flow happening? This became easier to understand when a pressure gauge was added and transmission line pressure was monitored at the same time as cooler flow. If the line pressure dropped at the same time as the cooler flow was decreasing, you would be looking for conditions such as low fluid level, severely worn valve bores or possibly a severely worn pump. But, since the line pressure remained high when the flow rate decreased, an out-of-position PR valve was more likely the cause of poor cooler flow.

Why Was the Cooler Flow Low?

Under low pump output conditions, balance line pressure cannot overcome the stout PR spring and boost force. This causes the PR valve to move out of its regulating position (also referred to as a PR valve being "out of balance"). Under this condition, although line pressure is available (as noted by Sean), the valve has stroked over and shut off flow to the converter charge/cooler circuit. The result: TCC dragging on the cover, little or no cooler flow to control that heat, and all those cooked converters in your core pile (Figure 3).

Why Was the Pump Output Low?

A key factor is the low capacity of the Honda pump. Because the pump is designed around fuel efficiency concerns and limited space restraints, it has very little reserve capacity. The higher the operational demands on the pump, the more likely it is that you will experience an overheated converter. The vehicles with the larger diameter converters, larger clutch drum capacities and more gears will be more likely to have converter overheating. Low pump capacity also makes wear an important factor. Pump wear, valve bore wear and end plug wear caused by high mileage will increase the likelihood of a converter overheating. Because of the delicate balance of the Honda PR valve, very little wear is necessary to upset this balance.

2. Added Demands on the Vehicle:

The chance of converter overheating also is present when there are added demands on the vehicle. Towing a trailer, overloading the vehicle or climbing over a mountain all will put added force on the stator in the converter and affect the balance of the PR valve.

Why Doesn't the Engine Stall?

This circuit is generally fairly tight. The parallel circuit, on the other hand, does not have a positive seal where the stator support passes through the valve body (Figure 5). 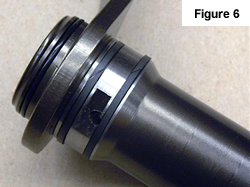 Since there is little or no flow of converter charge oil to keep the TCC piston from dragging on the cover when the PR valve is out of balance, you will need to create an alternate or secondary path for oil flow. For an effective repair, you should consider an aftermarket PR valve with a built-in, metered, line-to-lube circuit. This allows flow to the converter and cooler when out of balance, but does not affect flow when in the regulating position. In addition, a check valve prevents converter drain-back when the engine is shut off. Remember that the root cause of the converter overheating is low pump capacity and you do not want to make this issue worse by creating a drain-back condition. Starting a Honda and have it starve for oil because of drain-back will only create more pump wear and lead to lower pump output, which only makes the root cause of the problem worse. Figure 7 shows the Sonnax converter charge regulated pressure regulator valve 98892-04K for Honda 4/5-speed units, maintaining flow during the out of position situation.

Anatomy of a Transmission: Oil Flow in the Pump-PR-Converter-Cooler Lube Circuits 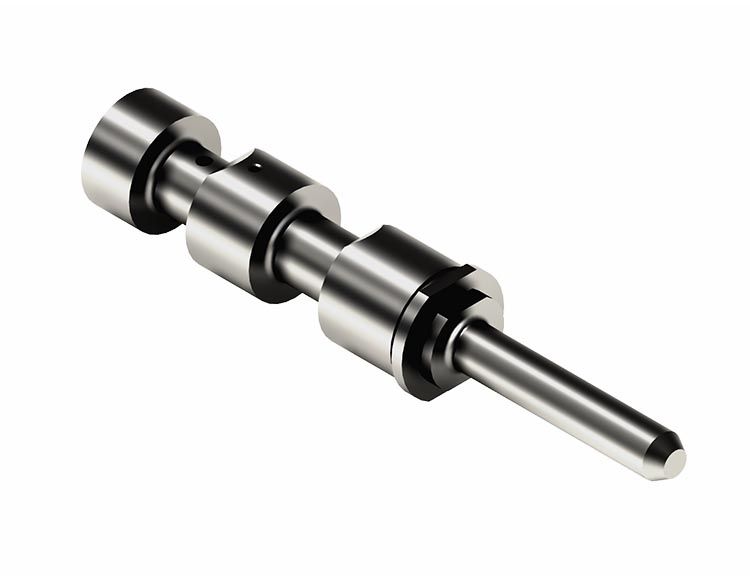 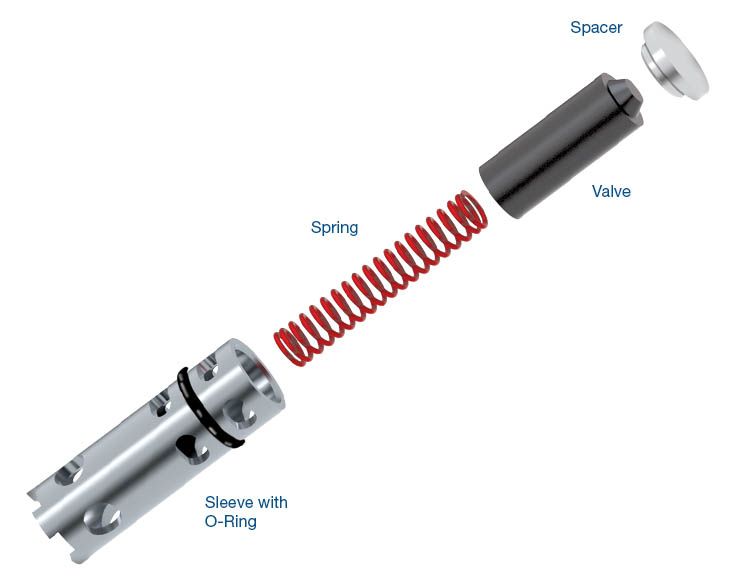 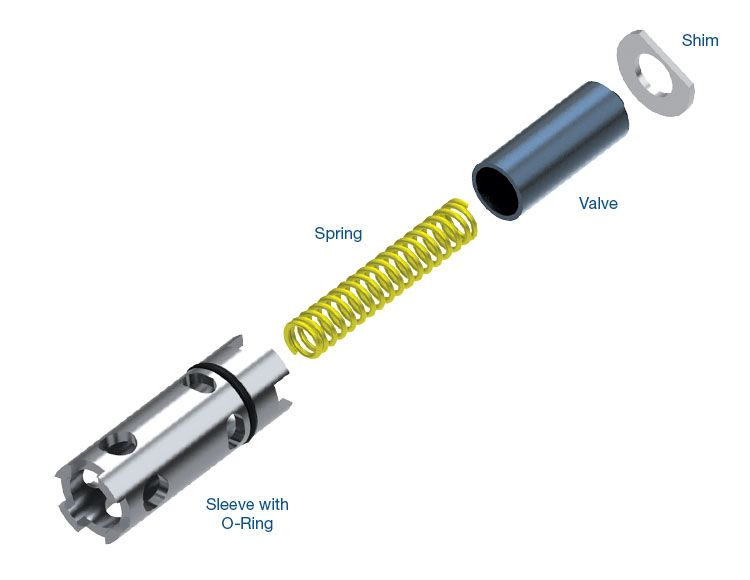