The first thing that you need to know is the type of lockup system you are working with. The lockup configuration will either be a conventional system with single or multiple clutches, or a clutch pack system such as those found in the 722.6 Mercedes and Jatco RE5R05A converters. The 722.6 Mercedes converter was covered in the May and June 2010 Transmission Digest, and the Jatco RE5R05A was covered in the October 2011 Transmission Digest. This article will focus on the conventional clutch setup. TCC Diagnostic Flow Charts summarizes the trouble shooting process outlined in this article and includes an easy-to-follow layout of diagnostic tests and follow-up procedures.

Solid information is the key ingredient in the troubleshooting process. Since technicians are notorious for not volunteering information, this part of the process will require asking a lot of questions.

The first set of questions should be used to better understand the customer's complaint. Which of these lockup problems are you dealing with?

Once the customer's complaint is defined, a second set of questions will help to qualify each issue:

Those last few questions may seem odd at first; gear selection may not appear to have an effect on torque converter function. It is important to remember that line pressure is higher in reverse, though. As the pressure regulator valve is being stroked toward the high pressure position, it also may be limiting the flow of charge/TCC release oil. This condition was very obvious in the early E4OD, which would only stall the engine in reverse. Another example of a gear-specific issue can be seen in the 200-4R; lockup would occur immediately after the 1-2 shift and lockup would not release until the vehicle downshifted to first gear. A defective solenoid was causing the unwanted lockup, and it was occurring immediately after the 1-2 shift because the signal oil that stroked the TCC control valve also was 2nd clutch oil (Figure 1).

In most of today's transmissions and several vintage transmissions, metered line pressure is used for signal oil. When the solenoid is defective in these transmissions, the vehicle will stall the engine when the shifter is moved to any drive range – including reverse. Many technicians will remember this from the early days of the GM 125C.

If the customer's complaint is a drivability issue such as TCC shudder, you need to ask specific questions about when the shudder occurs. Is it on throttle tip-in, when climbing a grade or only on cruise?

For any of the three customer complaint categories, it is important to ask if any work was done to the vehicle immediately prior to noticing the issue. Was the transmission serviced, was the transmission overhauled or was something as simple as a brake job or tire rotation done?

When you are troubleshooting the lockup converter, think about it as a one-way valve. If your diagnostic background is electrical, think about it as a diode: fluid or current flow freely in one direction. This free flow of charge/TCC release oil exits the input/turbine shaft, travels between the TCC piston and cover, passes the outer diameter of the piston and exits the converter. Once out of the converter, the oil passes through the cooler and re-enters the transmission as lube oil. When the TCC control valve strokes to the apply position, the flow within the converter is reversed until the TCC piston is pushed forward enough to contact the cover. The piston itself blocks the flow when lockup occurs. The passage that was previously used for oil to exit the converter is now used for charge/TCC apply oil, and at the same time the passage through the input/turbine shaft is now open to exhaust. If the converter is full, lockup will begin to apply as soon as the release oil is opened to exhaust, even if there is no apply oil entering the converter. This is because the normal working pressures within the converter are always trying to push the TCC piston toward the cover.

The no lockup condition is the easiest to diagnosis. The first thing that you need to do is verify hydraulic function. This is an easy task with the help of a flow meter such as the Sonnax SonnaFlow®. If the system is working correctly, you will see a change or interruption of the flow as the TCC control valve strokes from the TCC release position to the TCC apply position.

If you are graphing your results, you will see the flow momentarily drop and then settle to a new level (Figure 2). By observing the momentary drop in flow, you know that the TCC control valve has stroked and that the part of the system that moves the control valve also is working properly. This includes the TCC solenoid in most transmissions and governor oil in the early Torqueflites.

When the lockup is applying when it should not be, the diagnostic process is more difficult. Besides a few mechanical issues, there are only two possible reasons that this is happening, but there are many scenarios for each reason. To break it down, if you are getting an unwanted lockup apply, there either is not enough TCC release oil passing between the TCC piston and cover to keep the piston from dragging on the cover, or there is oil in the TCC apply circuit at an undesirable time.

A flow meter is a good tool to narrow this down. When the flow of TCC release oil dips below .45 gallons per minute (GPM), the TCC piston will start to drag on the cover. As the flow decreases even further, the condition becomes worse. One way to narrow down this condition is to loop the cooler lines (bypass the cooler and cooler lines). If the condition goes away when the cooler lines are looped, then the flow restriction is after the TCC piston. This will include any cooler or cooler line restrictions. This isolation method has been very popular for diagnosing the stall condition on the early rear-wheel drive Chryslers, and also can be used to help diagnose a shudder condition. If the condition is still present when the cooler lines are looped, the flow restriction is before the TCC piston. This restriction could be inside or outside the converter. If inside the converter, you must trace the path of the TCC release oil from the end of the input shaft to the O.D. of the TCC piston. In some Chrysler converters the oil must pass through the notches between the bushing and cover. In these converters the bushing must be installed to the correct depth. In the A518 converter the bearing between the turbine hub and cover is a restriction by itself. Another restriction can occur if the flex-plate is dished and the end of the input shaft is too close to the inside of the pilot. In some Ford converters an alternate path for the TCC release oil must be provided if the bearing between the turbine hub and cover restricts the flow.

One familiar example is the E4OD. Low pump output combined with elevated reverse pressures has caused engine stall conditions. In Hondas, low pump output combined with wear issues and usage demands on the system has caused the clutches to drag and the subsequent overheated converters. For years the 4L80-E's did not have an engine stall condition. When the 4L80-E transmission was mated to a small diesel power plant in the one-ton utility vehicles, the problems started. The previous engines, gas or diesel, had higher idle RPM and no problems were ever seen.

If your flow meter registers the sufficient flow of TCC release oil and you still have unwanted clutch apply, then you have oil in the TCC apply circuit at an unwanted time. The most common cause is the TCC control valve stroking to the TCC apply position when it should not be. This can happen if the TCC solenoid is stuck closed or if the pilot oil orifice is passing more oil than the TCC solenoid is capable of exhausting. Unwanted lockup also can happen by mismatching the pump plate on a 4L30-E transmission or the input shaft to converter in an early, front-wheel drive, 3-speed Toyota. Don't overlook other possible cross leaks, either.

Next, you must verify that the correct ATF is being used and that the TCC clutch has the correct friction material for the application and TCC apply strategy. Assuming that all of the basics are correct, install a flow meter and a pressure gauge on the vehicle. If cooler flow is normal and the transmission pressure is lower than normal when the shudder is occurring, then the shudder is being caused by insufficient clamping force. This means that the problem is most likely outside of the converter. Next, install a scan tool and monitor the data stream for any input signal that may be causing the low pressure, i.e. throttle position sensor, map sensor. Replace any defective components. If all of the input parameters are correct, the problem is probably a wear issue such as worn pump or valve body bore wear. If the wear is bad enough, you may see both low transmission pressure and low cooler flow.

Asking the right questions and then following a careful, methodical approach should help to take some of the fear out of diagnosing TCC lockup issues.

This article was inspired by a series of tech calls from Sean Coombs from Barbados. Sean had a 2006 Suzuki Grand Vitara equipped with a 03-72 LS / A44DE transmission with an engine stall on engagement condition. Ed Lee is a Sonnax Technical Specialist who writes on issues of interest to torque converter rebuilders. Sonnax supports the Torque Converter Rebuilders Association. 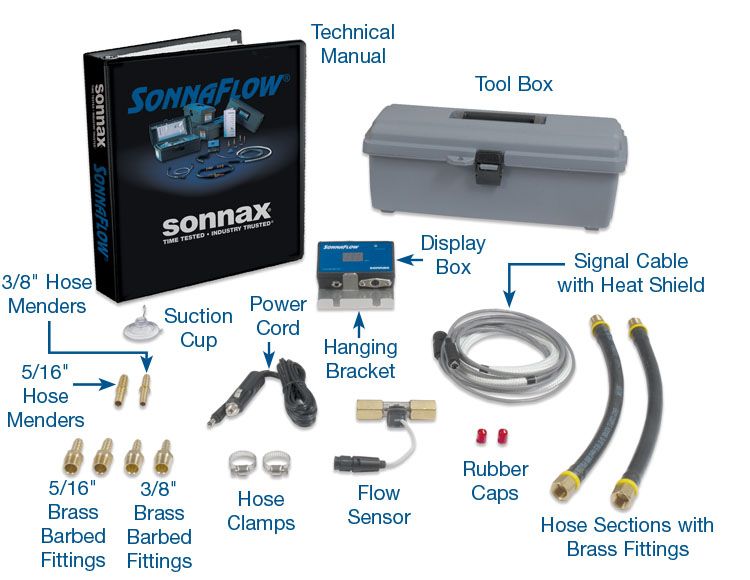