Recently, TV picture troubles caused us to summon a repair technician to our home. The technician (we’ll call him Tech #1) snapped on his tool belt and started disassembling components as soon as he arrived. He checked over the satellite dish, then continued the assault on the house by removing rows of ceiling tile for an in-depth inspection. After hand-checking all the connections, with an hour into his service call, he condemned the satellite receiver. A couple days later the suspect receiver was replaced, but the intermittent screen digitization problem remained.
Tech #2 was now sent out. This guy came right in and made himself comfortable on the floor in front of the TV screen, like a kid plopping down for some Sunday morning entertainment. He removed a wireless device from his pocket and appeared to be playing video games. “Ok,” he said after a few minutes, “you have a bad HDMI connection.” Impressed, we asked how he diagnosed the problem so quickly. He responded, “Because I know the system, how it works and what information to monitor when tracking faults.”
Though we are talking about TV repair, the same principles can be applied to transmission diagnostics. However, to cut down on wasted time and the embarrassment of a possible misdiagnosis, we are going to largely follow the example of Tech #2. The methods of Tech #1 also will be used, but in a smarter, more targeted way.

WK is the German abbreviation for “Wandleruberbruckungskupplung,” or “Hydrodynamic Torque Converter.” The Hydro Factor (WK) of that impossibly long word is our target: an effective monitor of hydraulic and converter conditions. The WK circuit corrals the oil pressure that disengages the clutch piston from the cover; it is the release circuit.
The ZF6HP was designed and manufactured by ZF and later selected by Ford as their choice for a RWD 6-speed. Ford licensed the design and started to manufacture the 6R60/80, with a few alterations. Both manufacturers use only one case pressure tap: the WK port on the driver side of the bell, just above the cooler lines. The ZF6 cases identify the fitting with the lettering “AUF WK”. Ford did not identify the tap, but the location and fluid source are the same (Figure 1).
It should be noted there were design and hydraulic changes when the ZF6 went to Generation 2. This occurred only in ZF and only after 2007, but all models use a two-path converter so testing remains the same for both Ford 6R60/80 and ZF6 units.

Before we get excited about tapping into WK, note the location and tight space. Although we have wireless scan tools, we do not have wireless pressure or flow devices, so a bit of Tech #1-type knuckle busting is required. It’s best to do this with a cool case and cool head, with fittings and gauge ready. WK pressure does not exceed 80 psi (5.5 Bar) and we must monitor all the way down to zero, so forget the 500 psi gauge, which has a needle that starts at 12 psi. The case fitting has a special ZF thread (10 x 1.00mm), requiring an adapter or modification of a ZF5 or ZF6 pressure plug to accept a 90° fitting. Install an accurate 100 psi gauge or, better yet, a 100 psi transducer.

It should be noted ZF6 Gen. 1 and Gen. 2 (and Ford due to its thermal element) will vary somewhat, and the following information is generalized.
WK pressure should be steady and instant upon start. This is the oil pressure that holds the friction material off the cover, so immediate pressure ensures a smooth idle. Typical WK pressure (cool) is 70 to 75 psi (4.8 to 5.1 Bar). As operating temperature climbs, we can expect to see pressures drop to about 65 to 68 psi (4.5 to 4.7 Bar). When Reverse is selected, a sharp dip to about 50 psi (3.4 Bar) and return to 65 to 75 psi is normal and indicates pressure regulator valve and clutch fill have taken some volume/supply from the converter circuit. Line pressure is the priority oil and converter charge is secondary.
Now place the shifter in Drive and road test, monitoring WK as the vehicle warms up. As you know, the converter will not apply until operating temperature meets a certain point. How do you monitor transmission temperature and the TCC solenoid command? In the introduction, what did Tech #2 use to monitor signals? That’s right, the hard part of installing the gauge should be combined with use of your scanner to monitor TCM activity and commands.
To monitor the correct signal with a scan tool, determine which solenoid is the lockup solenoid for the vehicle model at hand (Figure 2).
When the scanner indicates operating temperature has been obtained and that the TCM is controlling the lockup solenoid, WK pressure should drop to between 0 and 2 psi (0 to .13 Bar). Zero pressure indicates full apply, and at 1.5 to 2 psi the TCM is allowing a slight slip rate to reduce noise, vibration and harshness (NVH). Note that these units do not use a continuous slip rate like we see in GM. In order to improve fuel economy, the ZF6 family often applies the converter clutch full-on and as early as possible, shortly after a 2-3 shift and in many instances just after completing the 1-2 shift.
How do you know if the converter is in partial slip or full lockup? Compare the TCC solenoid amperage to WK pressure. The TCC solenoid is a normally vented or normally open solenoid. As amperage increases, TCC apply increases and WK pressure drops. An effective way to check if the converter clutch is slipping is to monitor engine RPM and turbine or input RPM on the scanner. If WK pressure is zero, those two RPM sensors should match each other. Some tools retrieve data on “Torque Converter Amplification”; once the converter is fully applied and there is zero WK pressure, amplification should also be zero.

There are six general symptoms that stem from abnormal WK, and you’ll run into them every day of the work week. These are:
The first three are expected symptoms, but the last three may be a surprise to some technicians so we’ll look into those a bit further.
Harsh Shifts: The converter releases on a coast 2-1 downshift and some high-throttle, hard 3-2 events. WK pressure and the solenoid info in the scanner will indicate when it is released. If WK does not increase beyond 2 to 5 psi during 2-1 or forced 3-2, the shifts will occur on a locked clutch and feel harsh.
Flare Shifts: Typical converter strategy is full apply after the 2-3 shift and no TCC slip during shifts. Watch the solenoid signal with a scanner and monitor WK pressure. If WK is above zero when it should not be, that shift will feel like a flare as RPM spins up due to converter slip.
Rough Idle in Reverse: Is the rough idle only in Reverse? If yes, is WK low, such as 50 to 60 psi? If WK is low, then the converter clutch is not releasing properly due to a low pressure source or pressure loss. If WK is normal and the engine idles rough, then the converter lining is suspect. Before condemning the lining, verify the engine mounts are not blown. Then drive with the scanner and monitor slip under high-torque conditions. If WK is normal and the solenoid command is low, consider the converter.

If the WK pressure test is out of range or the cooler flow is incorrect, consider the following when troubleshooting:
As previously noted, line pressure is a priority, so bore wear at the main regulator valve (SYS.DR-V) will rob converter feed. Once at operating temperature, WK oil leaves the converter and returns to the valve body. At the valve body, converter internal pressure is controlled by the converter release regulator valve (WK-V), and the bypass clutch control valve (WD-V) acts as the switch. Fluid exiting the converter is controlled by a lubrication control valve (SCHM-V). The solenoid pressure regulator valve (DR.REO-V) supplies a regulated pressure to all solenoids. This includes the TCC solenoid, so if the solenoid regulator bore is worn, all solenoid output will either be too high or too low. Problems with any of these items will alter WK pressure. Vacuum test these valve bores, and if worn — as they commonly are — service them or obtain a remanufactured valve body.
The TCC solenoid (Figure 2) controls WK through the use of the TC valves noted above. This solenoid is known to wear out or become contaminated. In fact, all the regulating solenoids in these units have had issues. Mechanical rather than electrical failure is the common culprit of solenoid problems in the ZF6 family. These solenoids can be easily vacuum-tested to confirm failure.
Seal up the end plugs — primarily those between the shift valves and the solenoids — as they often become loose and allow circuit leakage. Replace the accumulator dampers, because the solenoid output becomes erratic and harsh as they fail.
Finally, the bushings at the “E” clutch interface (aka input/output bushing) and the pump stator are critical to converter control and shift quality. These fail notoriously and are often the cause of TCC and shift concerns, as well as ratio errors.

Ford 6R60/80 has a thermal element in the circuit before fluid exits the case, as we have seen in the 5R55W and 5R110W. This redirects converter oil flow back to the bushings when the element is cooler than approximately 125°F. As before, servicing a Ford requires allowing the converter oil temperature to rise enough to open the element, or the cooler will not be filled and ATF will be low after a drive cycle. This will definitely create shift concerns!

Technicians often hope to obtain information on swapping core, retro-fit or modifications to mask a problem. That is not possible with these units, because they are mechanical/electronic assemblies with an integral control module, programmed to a specific VIN. Hydraulics, solenoids and TCM mapping change as the capacity steps up from 6HP19, 21, 26, etc. Separator plates also vary. Mixing and matching components is only likely to make a difficult day even worse and should not be attempted.

Bring It on Home

Now that you have a better picture of ZF6/6R60/6R80 TCC operation and associated symptoms, you can comfortably combine Tech #1 and Tech #2-style tactics to get to your answer faster and more efficiently. With this information you can attack these common issues with confidence, no matter what day of the week you stare them down.
Bob Warnke is Vice President of Sonnax Technical Development and a member of the Sonnax TASC Force (Technical Automotive Specialties Committee), a group of recognized industry technical specialists, transmission rebuilders and Sonnax Industries Inc. technicians. 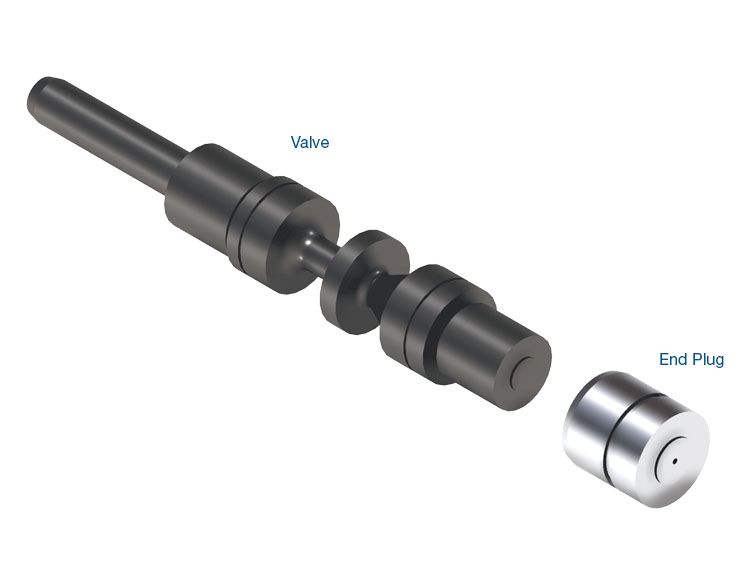 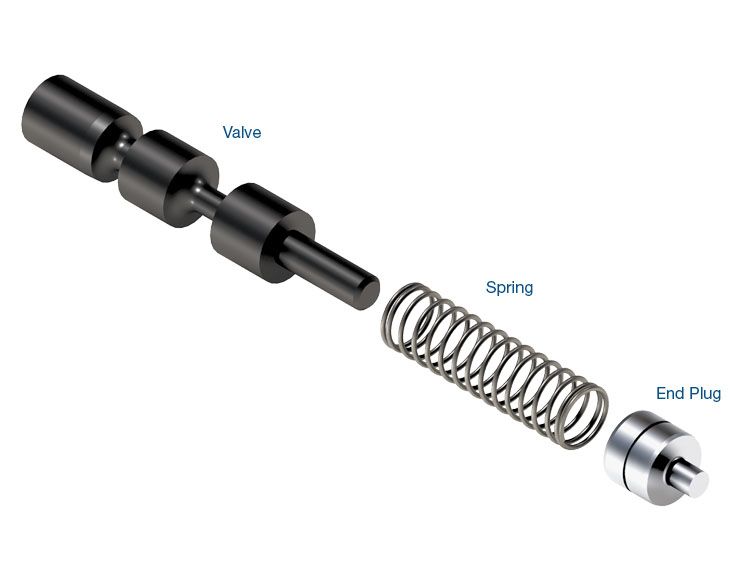 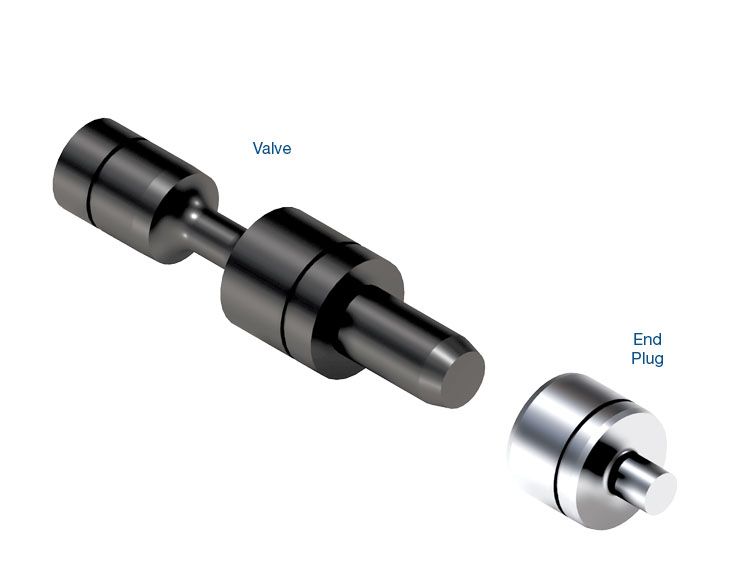 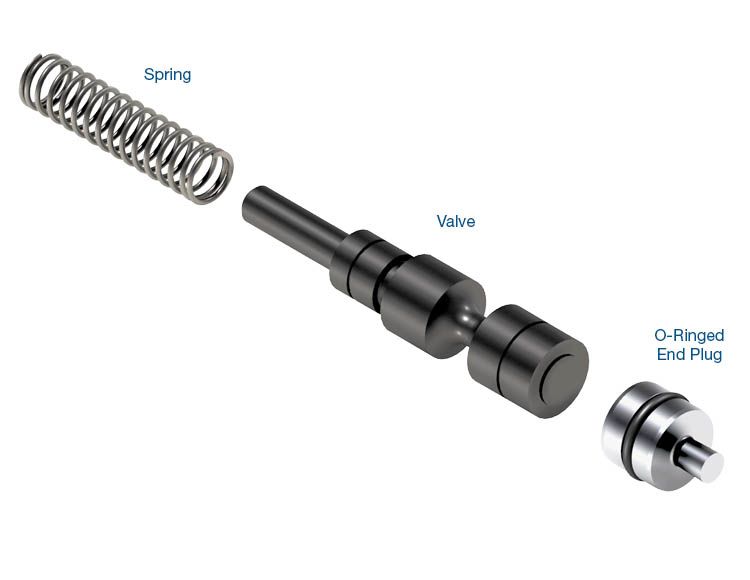 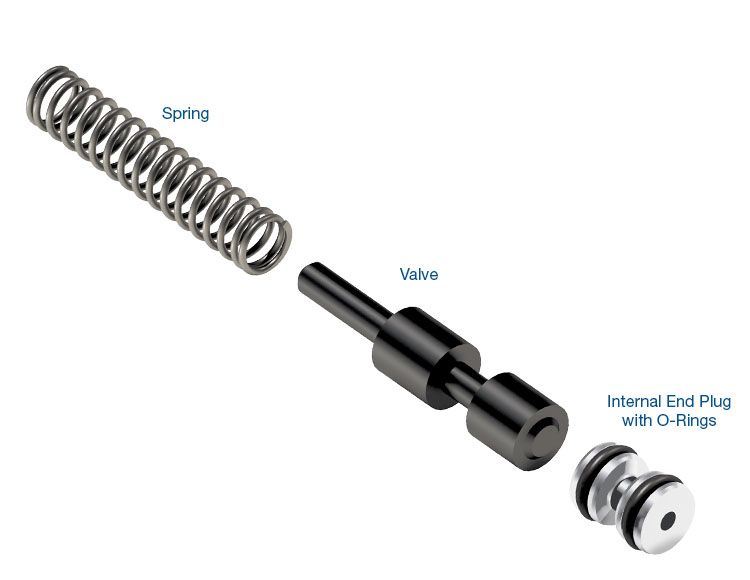 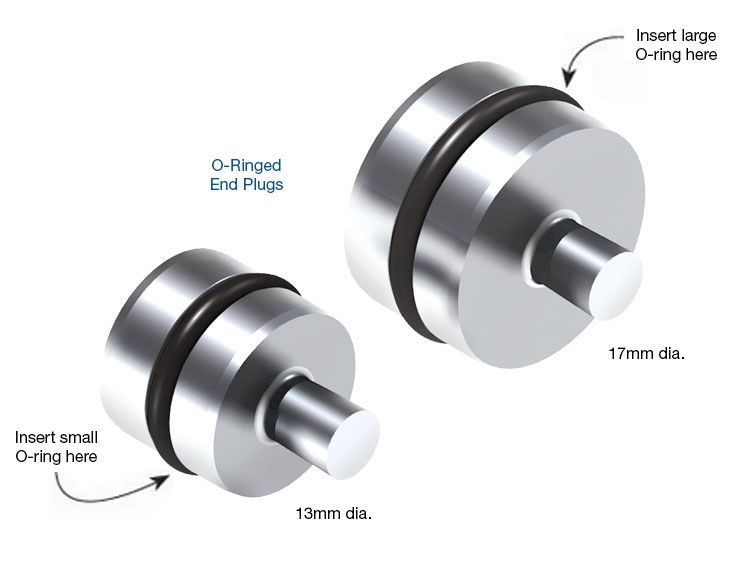 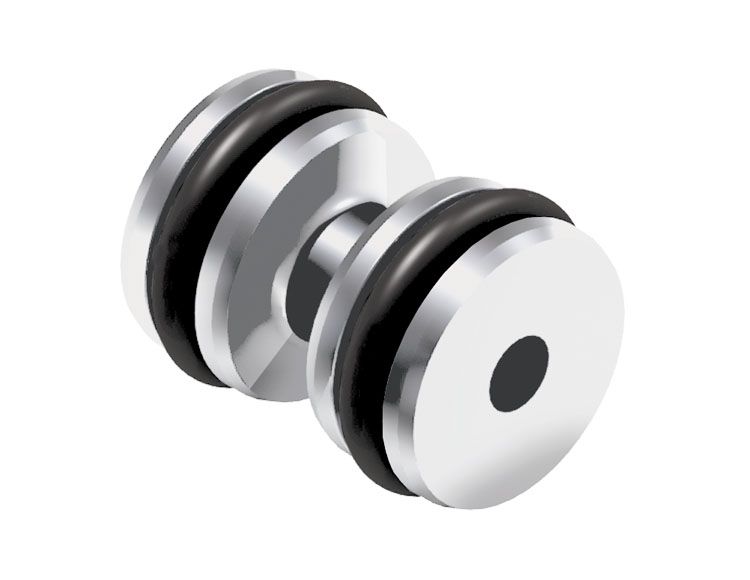 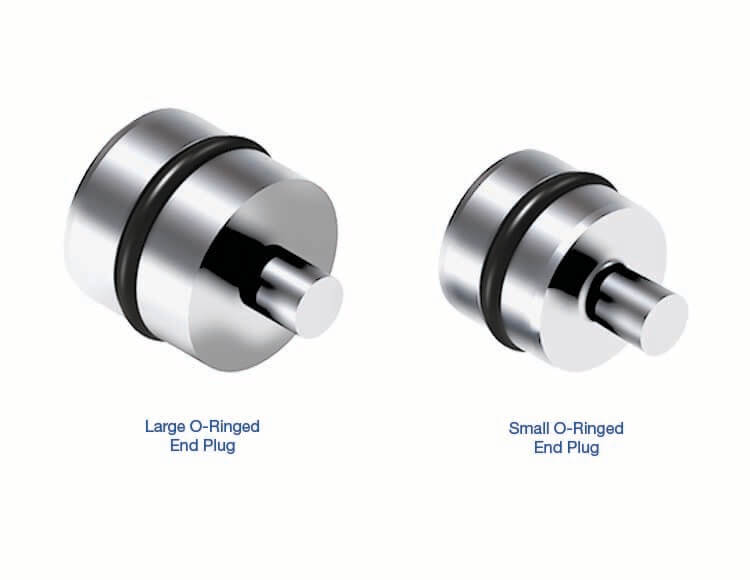 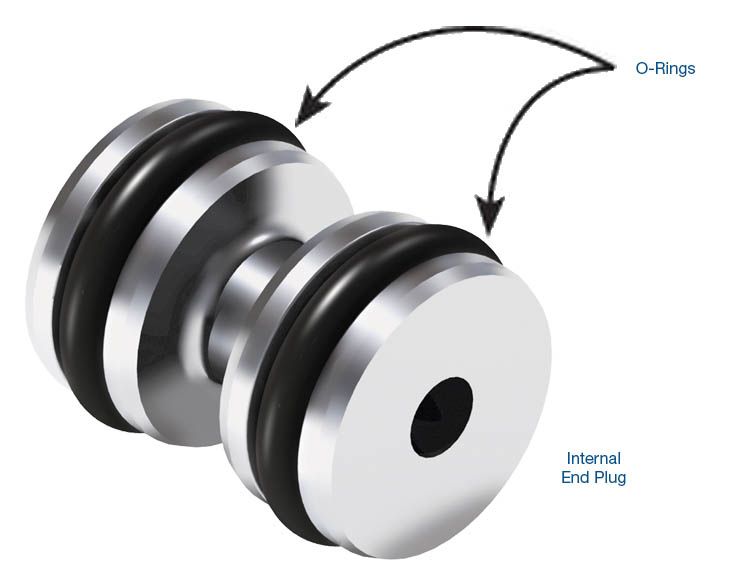 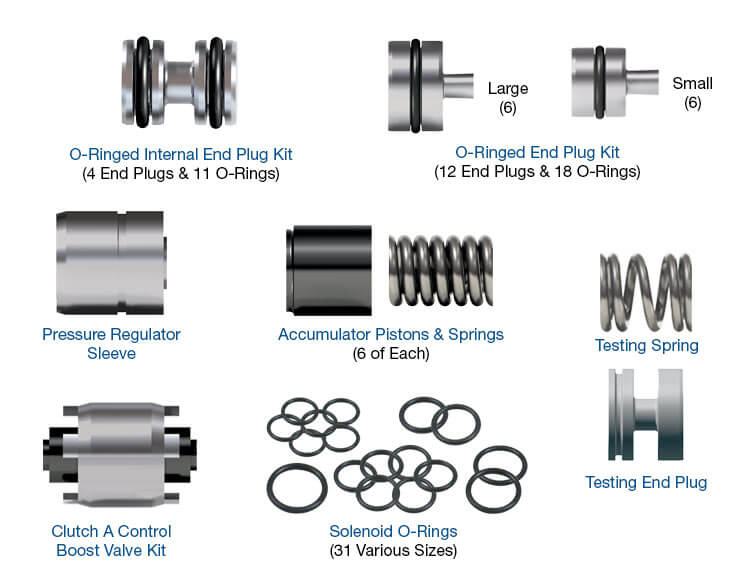 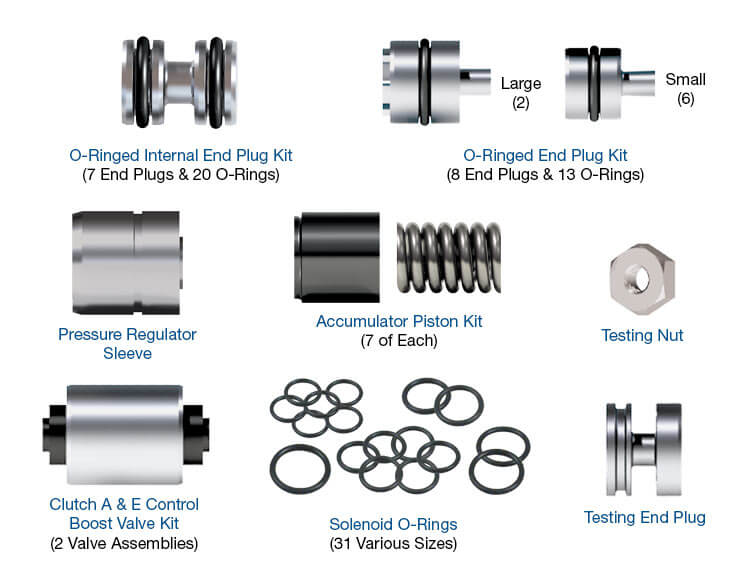 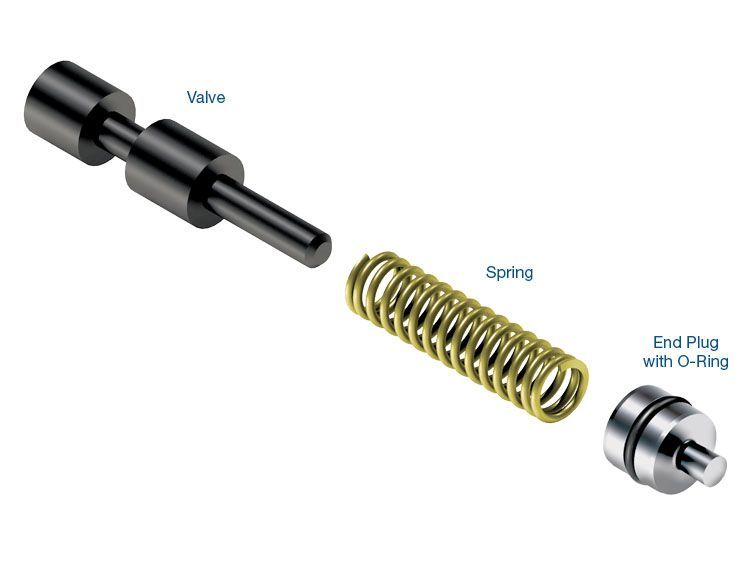 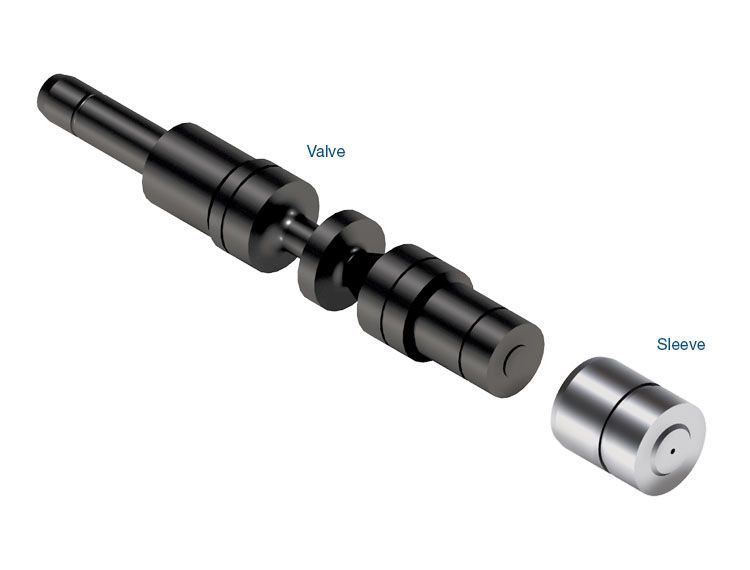 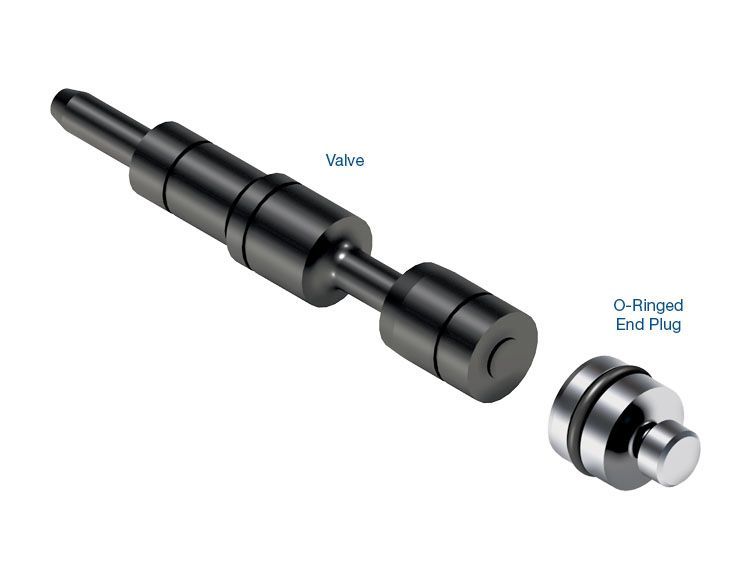 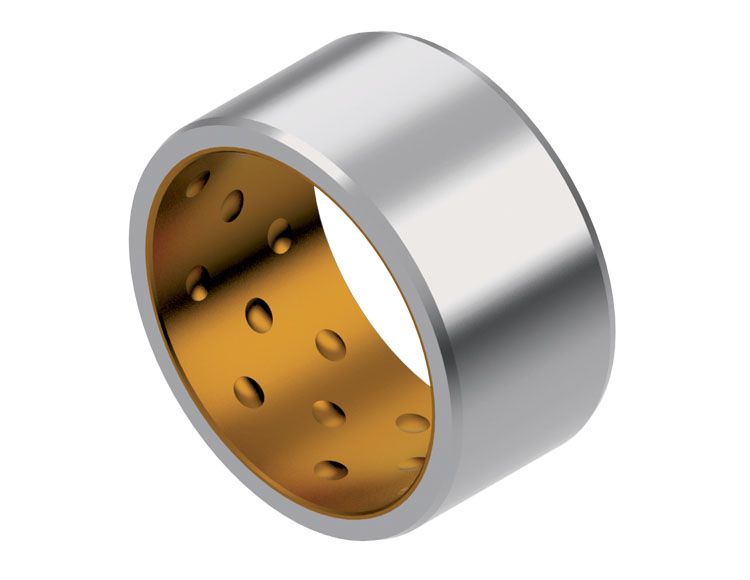 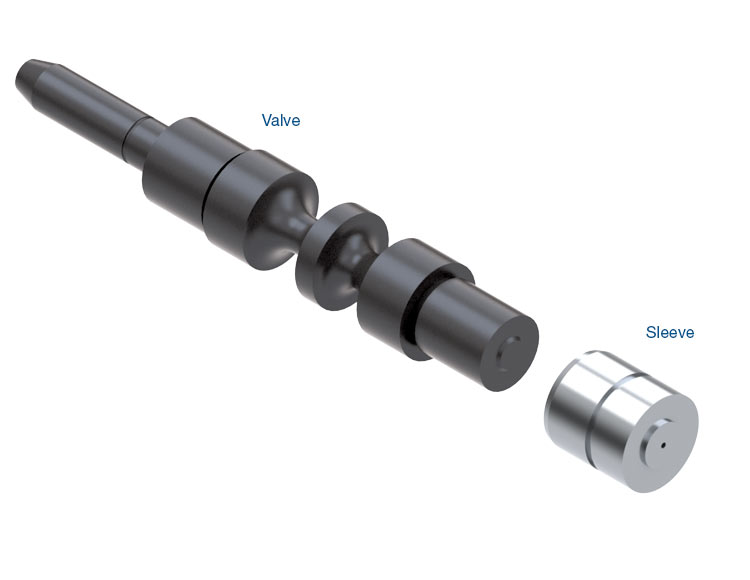 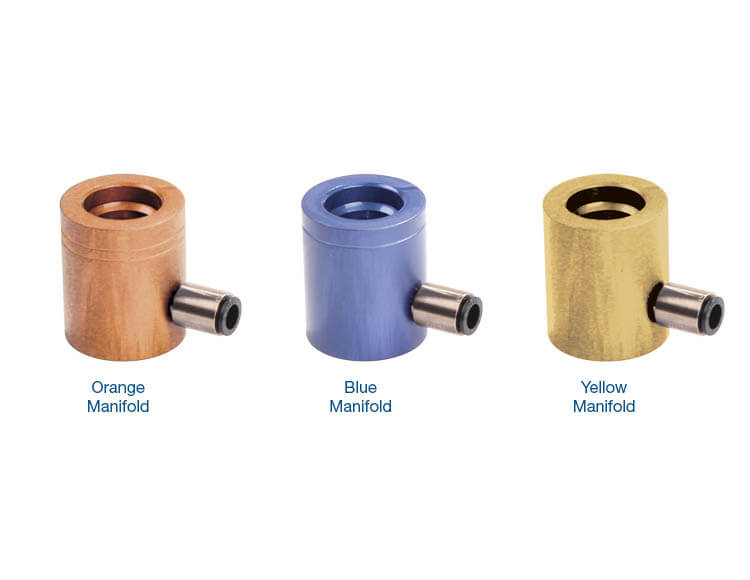 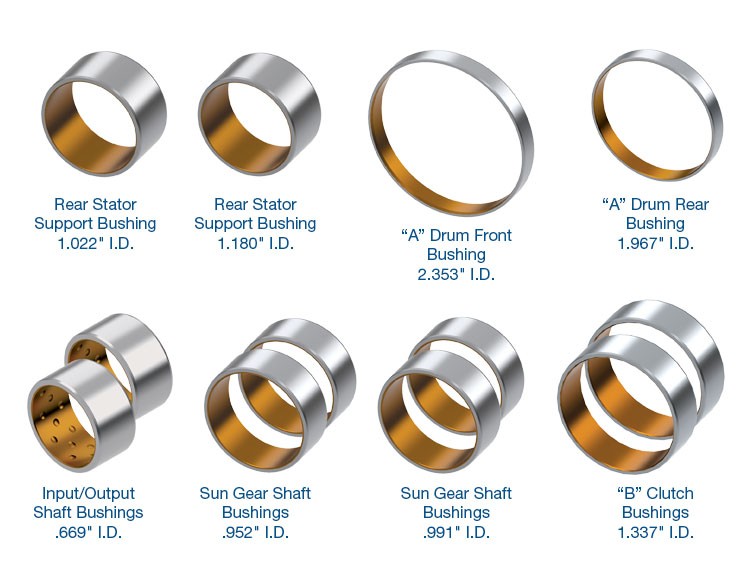 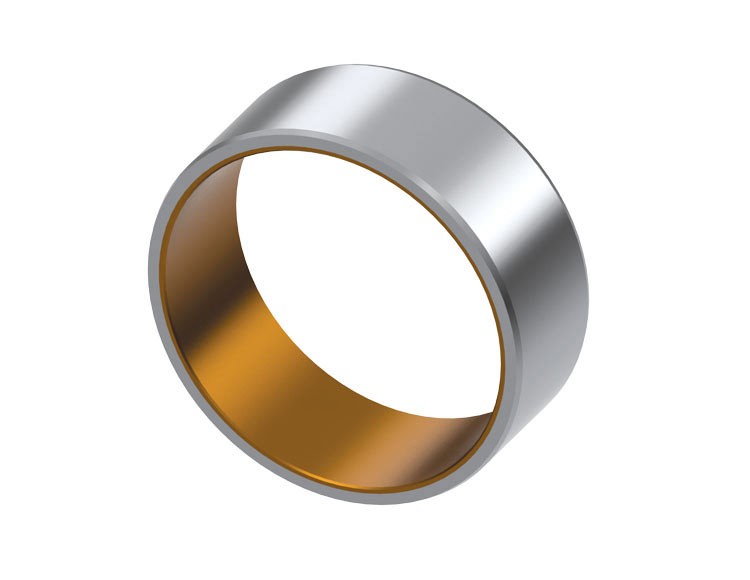 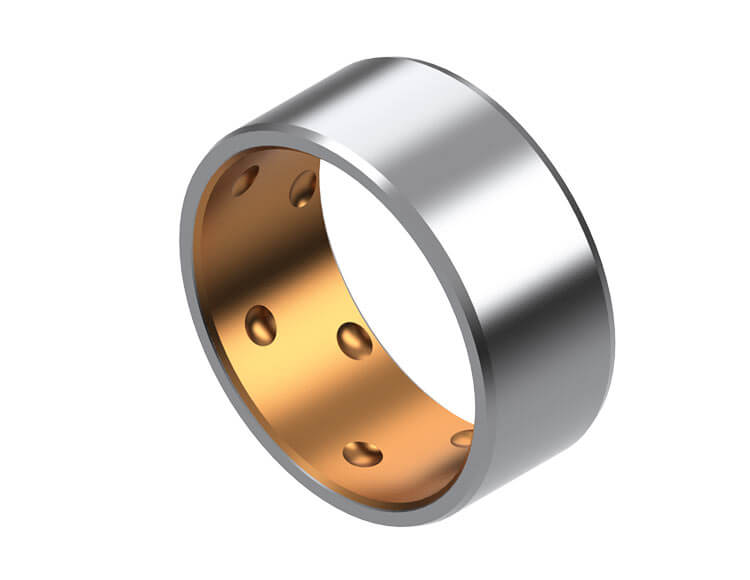 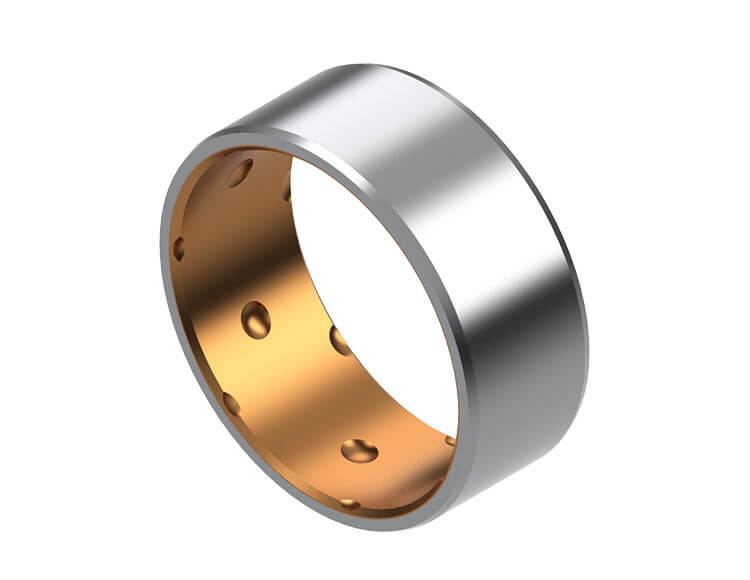 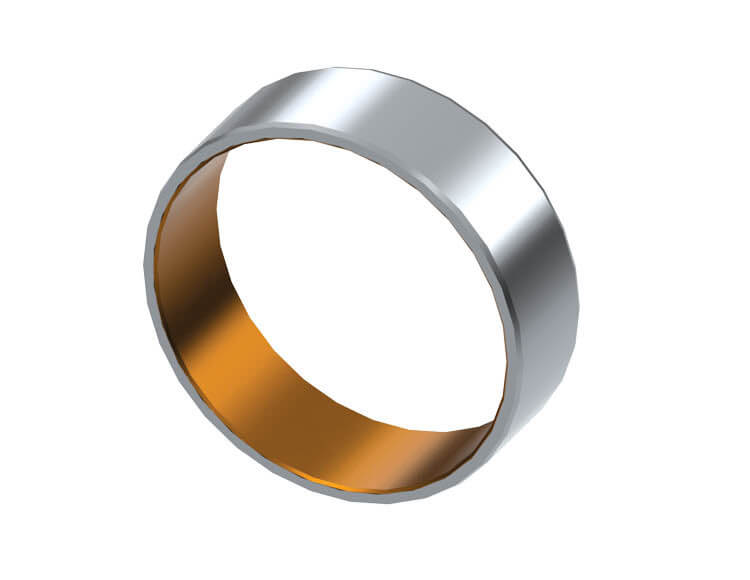 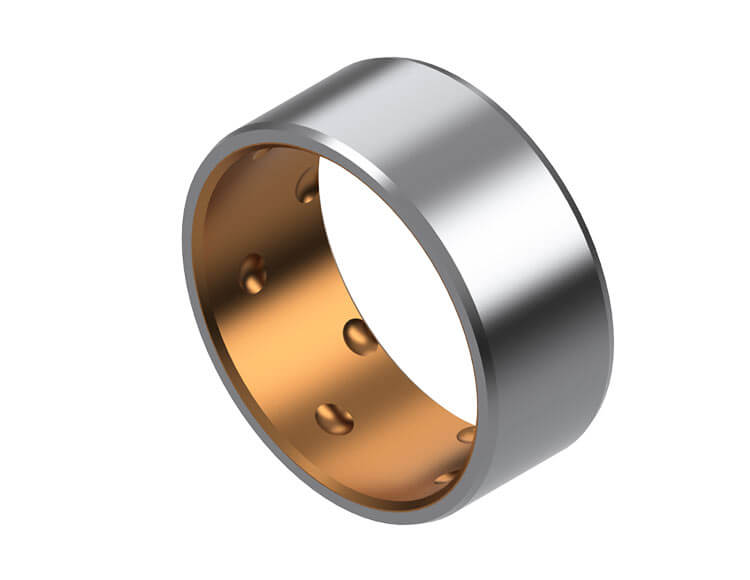 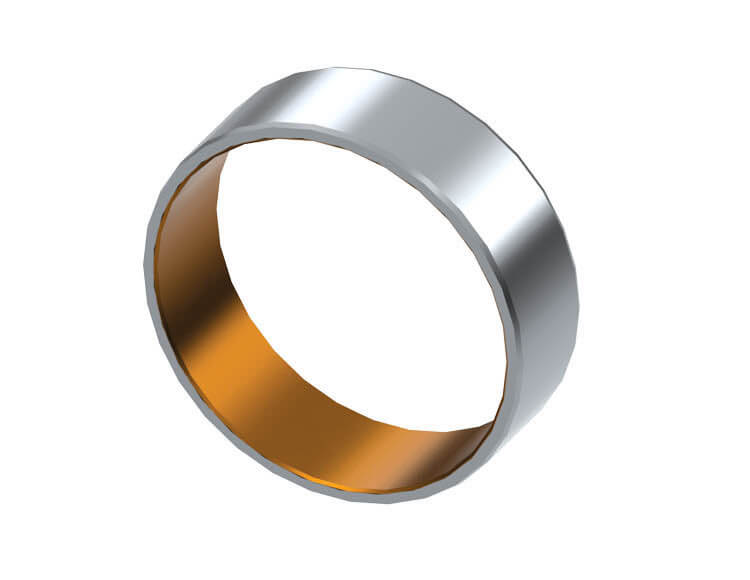 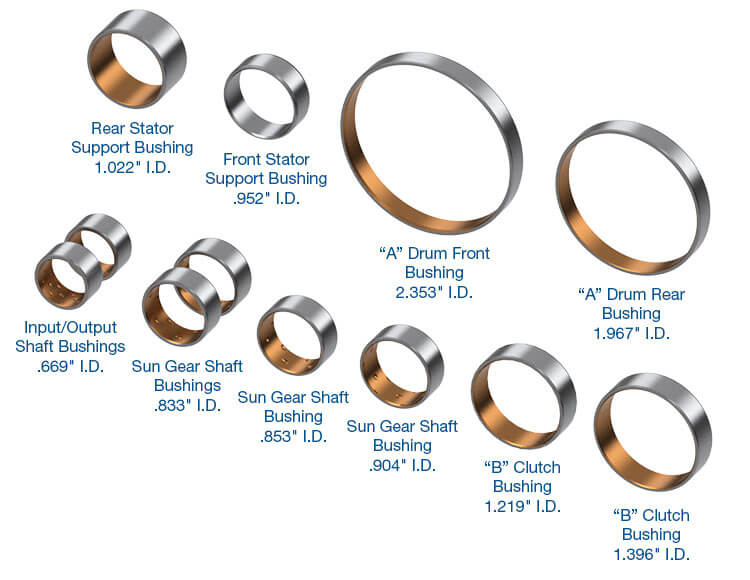 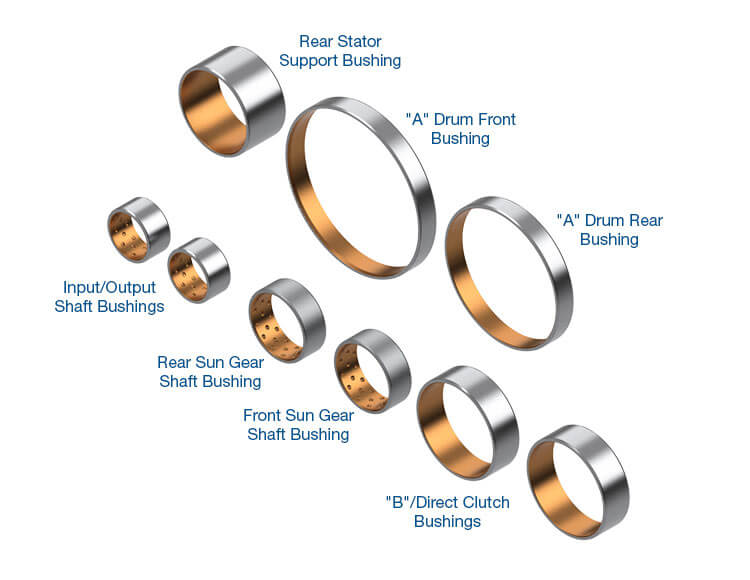